Magnificent Magnesium and What You Are Missing

Today’s article is going to be about calcium and magnesium, with a dash of history. Let’s begin! 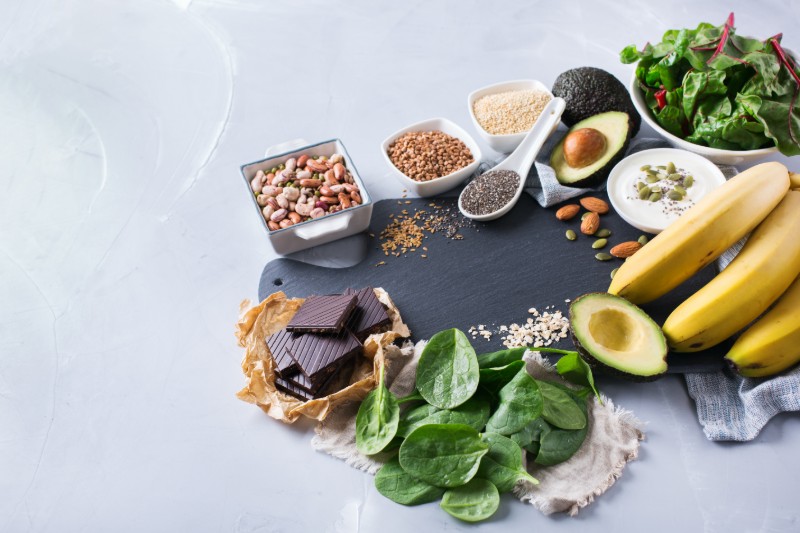 In the 1920s industrialized farming was beginning to take hold as a more common agricultural practice. This major shift is what would ultimately lead to super markets popularized in the early 1950s. The 1920s were also a major scientific shift through out the world to being pharmaceutical and human based research. One of the more tragic areas of research during this time was epilepsy in children. It seemed, that children with epilepsy were less likely to tolerate the side effects of anti-epileptic drugs, or that they simply wouldn’t respond to the medication at all. Several scientists began researching new drug options for what appear to be a growing demographic of unresponsive patients.

What they discovered has altered the lives of many of our parents and grandparents in the past 100 years. Statistically, between 15-20% of children weren’t responding to medication. But when the children were administered therapeutic doses of magnesium, the children that weren’t responsive to medication stopped having seizures all together. This miracle as it was dubbed so many decades ago, has lead us to several renditions of a book named, “The Magnesium Miracle.”

Here’s the deal: for you to blink your eye, or your heart to beat, or your food to move through your body, you need magnesium. Every time a muscle contracts, you need magnesium. One would think that since magnesium is a salt, that it should be as easy to come by as potassium or sodium, but sadly this isn’t the case. Have you ever heard of someone soaking in epsom salt baths to relax sore muscles? Or using a magnesium oil spray during pregnancy to prevent calf cramps at night? These are more traditional uses and forms of magnesium that our bodies can use. These are great options for very common problems. That being said, do you know anyone that has had surgery or been on antibiotics for a long time that has trouble sleeping for months afterwards? Do you have friends or loved ones that become insomniacs during or after menopause? What about that relative that is trying like all get out to slow down their osteoporosis with calcium and exercise but that bone density test just isn’t budging? All of these situations can be helped by magnesium.

**People who take antacids, acid blocking drugs, blood pressure drugs, diuretics, and heart medications are 75 times more likely to be magnesium deficient because those drugs inhibit the absorption of magnesium into the body or prevent the body from retaining it.

Going back to above, where we compared magnesium to potassium and sodium, why isn’t magnesium as prevalent in our diets? Easy! Because we don’t tend to eat the things that are highest in magnesium. But, foods that are high in magnesium are almonds, spinach, cashews, pumpkin seeds, avocados, cultured yogurt and salmon.The average adult needs between 300-450 milligrams of magnesium a day. 100 almonds would equal 300 milligrams of magnesium, or the same amount in 6 avocados. And the difficult part of consuming any electrolyte like salt or potassium or magnesium is that your body wont store it. Your body will most likely send anything that it can’t absorb out in your urine.

So if you were going to supplement, which one should you choose? There are at least 8 different types of magnesium to take. The most important ones for this conversation are Magnesium Malate, Magnesium Taurate, and Magnesium glycinate.

Magnesium malate is our general recommendation; it wont negatively impact blood pressure medications, it isn’t associated with any digestive issues as with other forms of magnesium, and is readily available online and in most stores. This is a great starter. We take this ourselves and have it available to patients for purchase.

If you have high blood pressure or you have known heart damage, magnesium taurate is a good place to start. Like malate, it wont negatively impact blood pressure medications, but the taurate covalent bond breaks easily and taurine can help your heart more efficiently pump blood and improve flow to and from the heart.

Magnesium glycinate is especially for people with nerve pain or nerve degenerative diseases like diabetes mellitus and multiple sclerosis. Similarly, if someone is looking for help with anxiety and mental health issues, this formula has shown to be slightly above other forms due to the glycinate being easily broken down easily in the body and may become available in the blood stream faster than other types.

*notes: check with your supervising doctor if you have kidney issues, as excessive magnesium may cause extra stress on the kidneys. If you have a known MTHFR mutation, pay close attention to supplement cofactors like B6, B12, or B9 as people with that mutation do not methylate B vitamins well.